Posted in Underage Drinking on February 3, 2019

In November of 2018, Pennsylvania added a law that expanded immunity from prosecution for underage drinking for young adults suffering from an alcohol overdose.  The clear intent and purpose of the law was to encourage young adults to call for medical assistance for their intoxicated friends instead of focusing on the criminal charges that could be filed against the intoxicated young adult.  The new law, technically called “Safe Harbor,” found at 18 Pa.C.S. 6308.1, was passed in response to the tragic death of Timothy Piazza at Penn State.  In that incident, a heavily intoxicated student was injured after a fall, but medical attention was not immediately sought.  Tragically, when medical attention was sought, it was too late, and Mr. Piazza perished.

Under the law in effect at the time of the tragedy, had medical assistance been summoned, Mr. Piazza could have been charged with Consumption of Alcohol of a Minor, meaning Underage Drinking, under 18 Pa.C.S. 6308.  Under the old law, friends did not want to call 911 for a drunk friend because the friend could be charged with a criminal offense.  The new law has tried to eliminate the concerns about getting the intoxicated person into legal trouble and placed a greater emphasis on safety over criminal prosecution.

Under the old version of the immunity from prosecution law, only the caller was protected from prosecution, meaning the person needing medical assistance was normally charged with Underage Drinking and possibly Public Drunkenness.  The new version of the law protects both the caller and the person needing medical assistance from an Underage Drinking charge.  The new law does have a few requirements that must be met in order for the immunity protections to apply.  If the requirements are not met, then the police can pursue a prosecution of Consumption of Alcohol by a 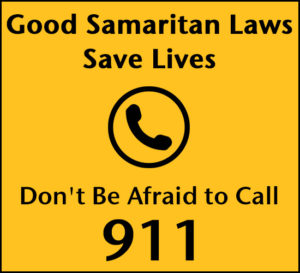 Minor.  Generally speaking, the caller must: believe that he or she is the first person to contact 911 or related entities for medical treatment; the caller must provide his or her name; the caller must remain with the person needing medical treatment; and the caller must believe that immediate medical attention is required to prevent death or serious bodily injury.  If the caller is afraid of prosecution and refuses to give his or her name to medical personnel, then the immunity law does not apply to either the caller or the friend.  If the caller does not remain at the scene until medical personnel arrive, then neither the caller nor the friend are immune from prosecution.  In many immunity cases, prosecutors require strict adherence to the rules in order for immunity to apply.  For example, in a drug immunity case, the prosecutor successfully argued that immunity did not apply because the person calling for assistance was not physically with the person that needed medical care.

While I fully support the new law’s intentions in promoting safety by encouraging young adults to call for medical assistance for really drunk friends, I wish that the legislature would have been written a law that was a bit broader in its protections.  The law only protects a caller and the person needing medical attention from an Underage Drinking charge under 18 Pa.C.S.A. 6308.  If either of the two are outside, meaning the intoxicated friend is on a public sidewalk or on the front porch of a house, then both young adults could be facing a charge of Public Drunkenness under 18 Pa.C.S.A. 5505, a summary offense

The people implementing or determining application of the law can still exercise discretion and interpret the law in ways to further its overall purpose.  For example, if a minor that was drunk called for help for a friend, provided a false name, I would hope that the officer would not charge the caller and the friend for Underage Drinking because of the lie.  Or, if the caller refused to give his or her name, which the caller is legally permitted to do, I would hope that the officer would still decide to forgo the filing of any Underage Drinking or Public Drunkenness charges.  There are times that officers and judges should follow the spirit of the law and not simply look for loopholes or ways to avoid application of the protections and file charges.

The counter-argument to expanded protections is that the police and EMTs grow tired of repeat offenders, meaning people that relatively routinely overdose on drugs or alcohol and thereby impose burdens on first responders.  The people are not learning their lesson and changing, which does frustrate first responders.  I have talked to many Centre County law enforcement officers about the drug overdose immunity law and how it abused by repeat offenders.  The police and EMTs are routinely summoned to the same locations for drug overdoses.  The repeat offenders are clearly a tax on limited resources.  To try and force change on these repeat offenders, the legislature had contemplated legislation that would require completion of counseling or treatment in such situations.  Mandating treatment is not necessarily a bad idea.  Some people will pessimistically argue that the repeat offenders are beyond help and will not take counseling seriously.  In my opinion, it is better to try to help someone change.  Mandating treatment is at least “leading the horse to water,” meaning forcing the person to at least take initial steps to obtain help.  Whether or not the person suffering from addiction “drinks the water” and makes changes is up to that individual person.

Kudos to the legislature for taking some steps to promote safety over criminal punishment.  A good step in the right direction.