Can I use medical marijuana while on probation in Pennsylvania?

Posted in Sentencing on November 3, 2019

With the legalization of medical marijuana in Pennsylvania, more and more people are taking marijuana to treat ailments.  While Pennsylvania law allows people to take medical marijuana if they go through the approval process, the possession of marijuana is still illegal under Federal law.  People that get into legal trouble and are sentenced to probation or parole supervision are normally allowed to take medications as long as the person has a medical prescription and the drugs are taken within prescribed limits.  For example, a person on probation can take opioids as long as the person takes the pills in accordance with a valid prescription.

Many people assume that they can use marijuana while on probation if they have a medical marijuana card as required by Pennsylvania law.  The medicine was prescribed by a doctor, and the person purchased and used the marijuana in accordance with a prescription or license.  As long as the person does not violate 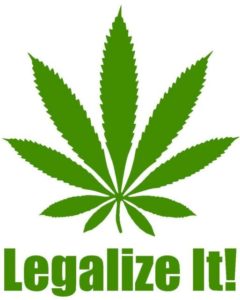 Pennsylvania law, then what is the problem?

Marijuana Use on County Probation

Pennsylvania State Senator Daylin Leach of Montgomery County authored the medical marijuana bill, and he wrote a letter to the Lycoming County Court advising that the law was intended to allow people on probation to use medical marijuana.  The Court advised that one Senator could not speak on behalf of the entire legislature, and if the legislature intended to permit marijuana use while on probation, then the legislature can expressly say so by changing the law.

On October 8, 2019, the American Civil Liberties Union (ACLU) filed a lawsuit with the Commonwealth Court in Pennsylvania seeking to stop the Lebanon County policy. The lawsuit notes that the medical marijuana law states that people using medical marijuana in accordance with the law cannot be “subject to arrest, prosecution or penalty in any manner.”  The argument is that people cannot be prosecuted for a probation violation based upon lawful use of the marijuana.

We will have to wait and see how this issue plays out in the court system.  Regrettably, this issue could be easily fixed if the U.S. Congress would legalize marijuana use for medical purposes.  Then using marijuana would not be a violation of Federal law and thereby would not violate a person’s supervision rules while on probation.  Changing Federal law would “get to the root of the problem”, but getting Congress to act and do the right thing is almost like asking for a miracle.