The Coronavirus epidemic is bringing out the best in some people, with people sewing masks for medical personnel, and community members coming together to support one another with physical, mental, and emotional needs.  Regrettably, bad times also brings out the worst in some people, exemplified by a recent vigilante incident in Maine.  According to online articles, some Maine residents in a small, island town, were unhappy that visitors from New Jersey were apparently violating a local “self-isolation” order for people that had recently traveled to the island.  The problem for the locals was that the visitors had actually been on the island while working on a construction job before the self-isolation mandate was issued, so they were not recent additions to the island, so the rule did not apply to them.  The New Jerseyians (I am allowed to make up words) were not doing anything wrong.

The local residents felt that the self-isolation rule was being violated, so they donned their Batman suits, figuratively and not literally, and decided to put a stop to the visitors’ ability to leave their apartment.  They cut down a tree and then moved the tree into the man’s driveway so that he and his roommates could not drive away. 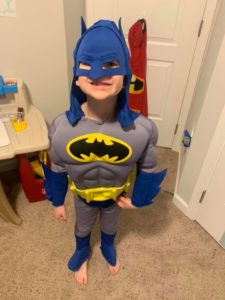 When the man left his residence to check out the downed tree, he later told police that he was confronted by the vigilantes, and they yelled at him while visibly displaying their firearms.  While they didn’t wear superhero costumes, they appear to have brought their guns to the encounter to intimidate the man.  After seeing the armed group, the man fled, returned to the safety of his apartment, and then contacted the police.  The police arrived to investigate.  The armed mob had dispersed, but the police confirmed that the downed tree was not accident.  The police and local politicians also took to social media to advise that the New Jersey visitors had not done anything wrong and that the armed mob was in the wrong.

Vigilante justice is rarely a good thing.  We have trained police officers for a reason.  Here, the local residents took justice into their own hands, and they were wrong in their belief that the law was even being violated.  If they perceived that a violation was occurring, they should have called the police.  By taking the law into their own hands, they probably actually violated the law themselves and should be prosecuted.  People cannot be running around with gun and threatening people, not during times these unprecedented times, not ever.  If this incident happened in Pennsylvania, I would expect that the men would be charged with misdemeanor offenses of Terroristic Threats and False Imprisonment.

The most severe charge would be Terroristic Threats, which is a first-degree misdemeanor.  If convicted, the charge is severe enough that it would trigger a misdemeanor Federal firearm prohibition that would prevent the men from possessing or purchasing a firearm for the rest of their lives.  The Terroristic Threats charge requires proof that a person communicated a threat to commit any crime of violence with the intent to terrorize another.  The key requirements would be whether the people communicated and whether or not they had the intent to terrorize.  The online articles state that the man was threatened, but the articles do not contain any information about the content of the threats.  If the men said “we will kill you if you leave” and were carrying their guns, this would be a relatively easy case for the prosecution to show that the men communicated with the intent to terrorize.

Even without verbal threats, the mob’s actions could also show the intent to terrorize.  “Communication” does not require a verbal threat but can instead be based upon body language and actions, and the intent to terrorize can be proven by actions.  If the men simply wanted to tell the visitors to stay in the house, they could easily have done so verbally.  When they show up with guns in hand, a prosecutor could readily argue that the visible display of the firearms after physically preventing the man from leaving was intended to intimidate or terrorize him.  Basically, the men appear to have been saying “stay home or else.”  The men can argue that they have a 2nd Amendment right to carry firearms in self-defense.  While that argument is true, people can carry firearms, that does not allow the mob to use the guns to terrorize another person.

The charge of False Imprisonment requires proof that a person unlawfully and substantially interfered with another person’s liberty.  Had the visitors actually been breaking the “self-isolation” rule, then the mob may have had a defense because they could argue that they were not unlawfully interfering with liberty but were instead enforcing the law.  Basically, a citizen’s arrest type of defense.  However, because the rule did not apply to the visitors, the interference with liberty here was completely unlawfully and thereby indefensible.  The placement of the downed tree in the driveway was clearly intended to prevent the man and his roommates from leaving the apartment, so clearly intended to substantially interfere with their liberty and thereby illegal.

Leave Law Enforcement to the Police

In this case, scared people engaged in mob activity.  Based upon a mistaken belief that people were violating the law, they took the law into their own hands.  Leave policing to the trained professionals.  Batman is not real.  Batman costumes are meant to be worn by children, not grown adults.  If people see something that they believe is a violation of the law, they should call 911 and report the issue to the police.  While I understand that this pandemic is scaring a lot of people, that does not justify this type of mob mentality.  This type of behavior only makes things worse.  Stay calm, stay home, stay safe, and pray for your family, friends, and neighbors.  Spread positivity and love, not anger and hate.