Posted in Constitutional Rights on April 14, 2020

Due to the Coronavirus pandemic that is sweeping across the nation, the Pennsylvania governor issued an executive order that allows for a relatively small number of inmates to be released from state prison.  The goal of the order is to reduce the prison population and thereby reduce the number of people, both inmates and guards, that are exposed to the virus.

I have seen a lot of people on social media sites vehemently oppose the early release.  I doubt that many of these people took the time to review the scope of the order to see why it was done and who it impacts.  Governor Wolf is NOT simply opening the prison gates and allowing every prisoner to be free to return home.  To the 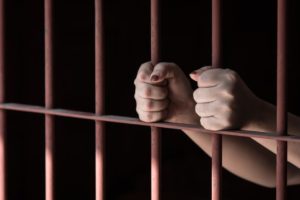 Who is eligible for release under Governor Wolf’s order?  One of the primary restrictions is that the inmate cannot be in jail or have a prior criminal record for violent offenses.  People with offenses involving firearms are prohibited from early release consideration.  The order also does not apply to anyone that is required to register under Megan’s Law upon release, which means that sex crimes and kiddie porn cases are excluded from consideration.  Inmates that have had a misconduct for breaking internal jail rules within the past year are not eligible.  Eligible inmates must also be within 9 months of reaching their minimum term of incarceration.  The early release order is NOT opening up the prison gates and letting out all the inmates.  To the contrary, the order limits the people that are included to people that are eligible to be released in the relatively near future and those that are non-violent, relatively low severity level offenders.

The criminal justice system is supposed to reform and rehabilitate inmates so that they can return to society and be productive.  May of the posts that opposed the early release order, including public statements from politicians, labeled the inmates as “criminals.”  Generally speaking, I am not a fan of being politically correct and instead think that people often need to develop a thicker skin.  With that being said, the use of the word “criminal” was offensive to me.  As a criminal defense lawyer for over 15 years, I have represented thousands of good people that made some bad decisions, got into trouble, accepted responsibility for their actions, went through the criminal justice system, were reformed, and are now productive members of society.  Those clients were and are good people.  They are NOT criminals.  The use of that word is analogous to being a scarlet letter or a branding on that person that they are less of a person.

I found it ironic that people opposing the release of “criminals” also wished everyone a Happy Easter.  I am not a Bible thumper and do not generally quote Bible verses.  However, there are times that classic verses and adages do immediately come to mind, and, in this situation, I think of “let he who is without sin cast the first stone.”  I happened to watch the Sight and Sound show of Jesus with my kids over the weekend, and when the mob was prepared to stone the prostitute, Jesus encouraged any non-sinner to throw that first stone.  The point is that we all make mistakes.  If people were honest, they would admit that they do something wrong on a daily basis.  They simply put themselves on a pedestal and think that their errors are not as bad as someone elses, the “I know that I made mistakes, but I didn’t do that” syndrome.  As a Christian, Easter for me is Resurrection Sunday, and I believe that Christ died so that my sins and the sins of ALL people are forgiven.  Forgiveness means that our transgressions are gone, so I am only a sinner until I ask for forgiveness.  I am NOT saying that employers and people in general cannot consider prior criminal records.  I would not hire a person convicted of child molestation to babysit my kids.  I would not hire a person convicted of embezzlement to handling my accounting or investments.  I would not marry a woman that was convicted of killing her last husband.  I believe in giving people a second chance, but those second chances must also be done in a reasonable, common sense manner.  I simply oppose labeling someone as a “criminal” and trying to stigmatize them forever.