Medical Marijuana Use Allowed While On Probation in Pennsylvania

Many people want to know whether or not medicinal marijuana can be used while a person is on probation or parole in Pennsylvania.  In the past, the answer depended upon what county was supervising the probation or parole.  Some counties allowed medicinal use of marijuana, but other county probation departments did not.

While many states have legalized, decriminalized, or permit the lawful use of marijuana, marijuana possession remains a criminal offense under Federal law.  A standard condition of probation 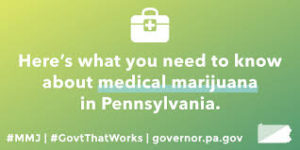 Drug Court and Marijuana Use

It is yet to be definitively determined whether or not this case will have an impact on marijuana use in Drug Courts and DUI Courts across Pennsylvania.  Such specialized or rehabilitative courts are designed to encourage people with drug and alcohol abuse issues to seek treatment.  Many people involved in treatment believe that complete abstinence from drugs is required, but other people believe that marijuana can be used to treat addiction to other drugs or deal with other mental health issues.  Such courts are voluntary, meaning participants must request permission to be accepted, and admission is often conditioned upon compliance with the rules.  Failure to accept or comply with the rules results in denial of admission or removal.  Many Drug Courts prohibit participants from using marijuana, even medicinal marijuana.

Some people believe that Drug and DUI Courts may continue to deny the use of medical marijuana to participants because the court is not punishing the person for use but is instead denying a privilege based upon use, basically saying that if you want the benefits of Drug Court, then you must comply with the rules.  I personally think that such a position will be tough to defend based upon the Supreme Court’s ruling.  By analogizing the use of marijuana to the use of prescription medications, the Court appears to have issued a general statement that probation department’s cannot prohibit a person from taking lawfully issued medication.  If a person is permitted to take prescription Oxycontin while in Drug or DUI Court, it would appear that a person can also take medicinal marijuana.