Mask or no mask, what is legally required in Pennsylvania?

Posted in Constitutional Rights on August 23, 2020

DISCLAIMER – This is NOT an article about my personal opinion on whether or not masks should be worn.  I have a Juris Doctorate degree, and that degree gives me the ability to provide legal advice.  I do not have a doctorate in the medical field, which means that I should NOT give an opinion on medical issues.  I am also not arguing what the law should be.  My goal is to cut through much of the nonsense that has been spread across social media about that actual law in Pennsylvania regarding the masking mandate.

The masking requirement stems from the March 6th of 2020 Proclamation of Disaster Emergency that was issued by Governor Wolf in response to the Covid pandemic.  After issuing the proclamation, the Governor thereafter issued executive orders that mandated the wearing of masks.  People are correct that masking is not directly required by a law, but the Governor’s authority to issue the Proclamation is directly from a law.  In the late 1970’s, a law, often referred to as the Emergency Code, was enacted and stated that a “disaster emergency shall be declared by executive order or proclamation of the Governor upon finding that a disaster has occurred or that the occurrence or the threat of a disaster is imminent.”  See 35 Pa.C. 7301(a)(3).  If the Governor issues a proclamation or order, they “shall have the force and effect of law.”  See Pa.C.S. 7301(b).  The law is pretty clear and gives the Governor the power to declare and emergency, and after declaring the emergency, the Governor’s orders shall have the force and effect of law.

Some people have argued that the Governor was wrong to declare an emergency based upon Covid, and they argued that the proclamation and orders were therefore unlawful because there was no disaster.  The Pennsylvania Supreme Court reviewed this issue, and the Court ruled that Covid did constitute a disaster and that the Governor’s decision was lawful under the Emergency Code. 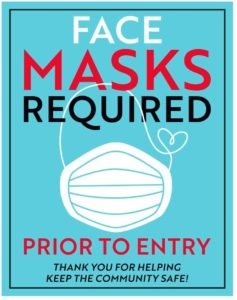 I am sure that many people think that I am a pro-masker based upon the above discussion.  I wear a mask because I believe that the law mandates it.  I admit that I am not perfect in wearing one in all situations, and I don’t even know the specific requirements because they seem to change every few days.  I try to wear a mask to follow the law as best as possible, and if I am wrong and do not mask when required,  I am prepared to say sorry and accept responsibility.  I will not lie and make up a medical condition, and I will mask up to respect others.  People probably think that I am taking a holier than thou approach, meaning that I think that my way and my position is the best way.  I will leave you with this true story.  I recently picked up my daughters from gymnastics practice at 9:00 p.m., and we headed to my office because I needed to pick up a few things.  To reach my office, I park in a basement spot, walk fifteen feet to an elevator, ride the elevator to the 3rd floor, and my office is five feet from the elevator.  My daughters asked if they needed to wear masks, and I said no.  I rationalized the decision to forgo masking because I don’t like masks, we would not see anyone, and we would be in my office in one to two minutes.  My daughters advised that they would mask up anyway because it was the right thing to do.  My daughters got their integrity from their mother and they obviously have more than me.  They convinced me to do the right thing.  I am NOT attacking people that choose to forgo masking or do not believe in it.  I am telling you what the law is.  If you don’t like the law, then call your local representative.  While those representatives complain about the Governor and his actions, it is there job to rally support and change the law.  The legislative branch gave up their power by passing a law many years ago, and if they don’t like the law that they passed, they need to change it.