Pennsylvania Court Holds Odor of Marijuana Alone Not Probable Cause

Posted in Constitutional Rights on October 19, 2020

The Pennsylvania Superior Court recently issued a decision which considers the fact that Pennsylvania citizens can lawfully possess and use marijuana for medicinal purposes.  Many states across the nation now allow for medicinal marijuana use, and some areas have de-criminalized or even legalized marijuana use.  The fact that marijuana is not illegal in all circumstances has an impact on when police have probable cause to conduct searches and seizures.  When marijuana was illegal everywhere, it made sense that the mere odor or smell of marijuana was sufficient probable cause to justify the issuance of a warrant.  Marijuana was illegal, so the smell of something illegal was indicative of criminal activity.  Similar to the odor of alcohol on a minor’s breath is probable cause to believe that the minor has engaged in Underage Drinking.  However, the mere odor of marijuana only indicates the presence of marijuana, but the presence of marijuana is not necessarily 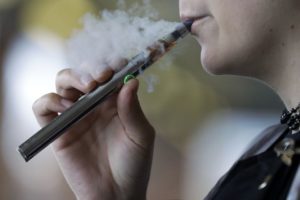 Odor of Marijuana Alone is Not Probable Cause

In the case of Commonwealth v. Barr, the police made a routine traffic stop for a driving violation, and, after approaching the vehicle, the police smelled marijuana.  Under what is often called the “automobile exception” to the warrant requirement, the police are legally permitted to search a vehicle without first obtaining a warrant if the police have probable cause to believe that the vehicle contains evidence of criminal activity.  In this case, based upon the odor of marijuana, the police felt that they had probable cause and thereby searched the vehicle.  The search led to the discovery of a small amount of marijuana and a handgun in the back-passenger seat area.

Barr’s criminal defense attorney felt that the police did not have sufficient probable cause to legally justify the warrantless search and thereby filed a pretrial motion to suppress all evidence found during the search of the car.  The Luzerne County judge agreed and suppressed the all evidence that was discovered during the search.  The District Attorney’s Office appealed the suppression decision to the Pennsylvania Superior Court and argued that the odor of marijuana by itself was sufficient probable cause to justify the search.

What is the impact of this decision?  The decision means that the police cannot assume that marijuana is possessed illegally so that the mere odor constitutes probable cause of criminal activity.  Now, the police must ask a few more questions to determine whether or not the person may lawfully possess marijuana.  If the officer smells marijuana, the officer can ask whether or not the person has a medical marijuana license or card.  The officer can ask when the person smoked and how he smoked.  Medicinal marijuana in Pennsylvania can be vaped but cannot be smoked, so if the person admits to smoking, then the person has violated the medical marijuana laws and thereby violated the criminal laws.  This situation is not much different from when the police smell alcohol on a driver.  The odor of alcohol on a person’s breath does not automatically mean that the driver is driving under the influence and thereby subject to arrest.  The odor causes the officer to conduct a DUI investigation to determine whether or not there is probable cause to arrest the person.  This decision primarily just means that the police will have to ask a few more questions to more fully develop probable cause before seeking a warrant or conducting a warrantless roadside search.