A typical DUI case starts the same way: the police conduct a traffic stop; the driver is requested to exit and perform field sobriety tests ; the driver believes that the he or she passed the sobriety and is suprised that they are arrested for suspecision of DUI; the driver is told to submit to a blood or breath test or else the license will be suspended; the driver is then released without seeing a judge or receiving any paperwork.

Most people are clueless as ot what is going to happen next and have a ton of questions – Did the officer have probable cause to arrest me?  Why didn’t the officer Mirandize me?  Am I being charged with a DUI?  Will the police show up at my house or work place and arrest me?  Am I going to jail?  For answers to many questions about Pennsylvania DUI issues, check out our DUI Question and Answer page. 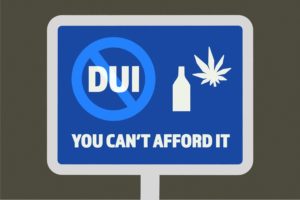 A DUI conviction can also have unexpected collateral consequences.  A criminal record makes it more difficult for people to find a job.  DUI offenses can lead to a suspension of professional licenses for nurses, doctors, lawyers, engineers, and other professionals.  A drunk driving conviction can even impose a lifetime prohibition on a person’s right to possess a firearm.

Many first-time DUI offenders that have no or only limited prior scrapes with the law may be eligible to participate in a program called Accelerated Rehabilitative Disposition (ARD).  With ARD, a person pleads not guilty to the charges but agrees to comply with certain conditions and complete certain requirements in exchange for the ability to have the charges dismissed and then expunged.  General ARD requirements include a period of supervision by the probation department, payment of ARD costs and fees, completion of counseling or treatment programs, DUI classes, and community service. ARD eligiblity and ARD requirements vary from county to county and may even vary from case to case within a county.

Experienced and Successful Driving Under the Influence Attorney

If you are charged with Driving Under the Influence in Pennsylvania, you should hire an experienced DUI attorney.  A good attorney may be able to beat a DUI case by seeking suppression of evidence through pretrial motions or by fighting the case at a trial.  For those cases that unwinnable, the attorney may be able to negotiate a resolution that reduces the severity of the fines, jail times, or license suspensions, or alternatives like in-home detention may be negotiated to avoid jail time.  The State College DUI defense attorneys at JD Law have been representing people charged with DUIs and other criminal offenses in Central Pennsylvania since 2004.  We offer a free consultation to review the facts of your case and discuss what JD Law can do for you. Call us at (814) 689-9139 or contact us by email.

“Jason Dunkle was a beacon of hope to me at a time when my options appeared limited and the likelihood of a satisfactory resolution seemed unlikely and impossible. Not only was he able to defend me from an unjust accusation, his calm and empathetic demeanor, as well as quick replies to my worried questions and thoughts offered emotional support and peace of mind to me. Unlike many attorneys, he genuinely cares about his client and their life after being involved with the police, not just his fee. I am eternally grateful for Jason’s service and I recommend him without reservation.”