Can I Possess a Firearm With DUI Convictions on My Record?

The answer is maybe.  Under Pennsylvania law, a person with with three or more DUI convictions within a 5-year period fall would be prohibited from firearm possession or purchase.  (See 18 Pa.C.S. 6105(c)(3)).  The bigger restriction on firearms falls under Federal law, which imposes a lifelong firearm prohibition for certain misdemeanor convictions.  Also, under 18 U.S.C. 922(d)(1), Federal law prohibits a person that is under indictment, meaning a person with a pending DUI charge, from purchasing a firearm. Both laws are triggered or become applicable if the charge is a first-degree misdemeanor in Pennsylvania or if the maximum sentence for the charge is more than two years.

Grading of DUI Charges in Pennsylvania

Because the Federal law restrictions on purchasing or possessing a gun for people with pending DUI charges or convictions are related to the severity of the punishment that can be imposed, it is 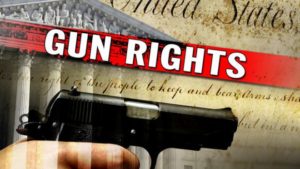 obviously critical to know the severity of DUI charges in Pennsylvania. If a person has no “prior offenses” of DUI, then the current offense would be considered a first offense for mandatory minimum purposes, and the charge would be an ungraded misdemeanor. Such a charge has a maximum sentence of six months in jail, so no first-time offender of DUI is prohibited from possessing a gun.

When it comes to a second or subsequent offense of driving under the influence, then it becomes a bit trickier. The grading or severity of the DUI charges is often based on the blood alcohol level of the person, and there are three levels of penalties. People with a blood alcohol level above .16%, people who are charged with a drug-DUI are placed in the highest level of penalties, and all non-first time offenders in the highest range of penalties are charged with a first-degree misdemeanor. That means that a conviction for a second or subsequent driving under the influence offense in the highest range of penalties does trigger the Federal firearm prohibition and thereby prevents a person from ever possessing a firearm again.