While marijuana has been legalized, decriminalized, or permitted for medicinal purposes in some states, possession of marijuana remains a criminal offense in Pennsylvania. The State College Borough has passed an ordinance that allows for officers to avoid the filing of misdemeanor marijuana possession charges, but the ordinance only covers marijuana and not paraphernalia.  Therefore, a person with a baggie of marijuana and a pipe still faces a misdemeanor possession of paraphernalia charge for the pipe.  Also, the ordinance only applies to the downtown State College area, which means that students living on Penn State’s campus or outside of the downtown area still face misdemeanor drug possession charges.

Felony or Misdemeanor? Quantity of Marijuana Is an Important Factor 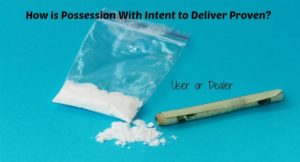 Possession of marijuana can either be a misdemeanor or a felony offense, depending upon whether the person possessed the drug with the intent to personally use it or possessed it with the intent to deliver it.  A primary factor in the personal use versus intent to deliver analysis is the quantity of marijuana involved.  The larger the amount, the more likely it is that the police will file a felony charge of Possession With Intent to Deliver, in violation of 35 P.S. 780-113(a)(30).  For example, if a person is caught with three pounds of marijuana, the person is likely to be charged with a felony Possession With Intent to Deliver, whereas a person caught with three grams is likely to face the misdemeanor Small Amount of Marijuana charge.

A felony charge is obviously much more severe than a misdemeanor offense.  A felony conviction will often result in a more severe sentence being imposed in the criminal court system.  And a felony conviction often results in more severe collateral consequences, such as more difficulty in finding a job and a lifetime prohibition on firearm possession.   Misdemeanor marijuana charges are less severe than a felony delivery or possession with intent to deliver charge, but they still would result in a criminal record and have the following maximum sentences:

Many first-time offenders of relatively minor offenses, including Penn State Possession of a Small Amount of Marijuana and Possession of Drug Paraphernalia charges, are eligible to participate in a probation without verdict or pretrial diversionary program called Accelerated Rehabilitative Disposition (ARD). Successful completion of the program allows the criminal defense attorney to have the charges dismissed and then expunged.

Contact a Penn State marijuana possession lawyer at (814) 689-9139 or via email for a free consultation.