Can I appeal a denial of ARD? 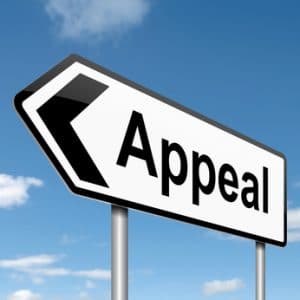 No Appeal of ARD Denial

People assume that the judge has all the power in the system, but that is not always the ase.  When it comes to ARD, the district attorney has almost untouchable power in determining whether or not a person is admitted into the program.   In the case of Commonwealth v. Lutz, 495 A.2d 928 (Pa. 1985), the Pennsylvania Supreme Court wrote that “the decision to submit the case for ARD rests in the sound discretion of the district attorney, and absent an abuse of that discretion involving some criteria for admission to ARD wholly, patently and without doubt unrelated to the protection of society and/or the likelihood of a person’s success in rehabilitation, such as race, religion or other such obviously prohibited considerations, the attorney for the Commonwealth must be free to submit a case or not submit it for ARD consideration based on his view of what is most beneficial for society and the offender.”  What does all that mean – a judge can only overrule the district attorney’s denial of ARD if the denail was based upon a person’s race, religion, gender, or sexual orientation.

When ARD is denied, the district attorney normally states that the denial was based upon the severity of the charges or the fact pattern involved, claiming that the person’s conduct was too bad.  While the defense may disagree with the prosecutor’s assessment of the case and ARD decision, the decision is not based upon an illegal reason.  Therefore, appeals of ARD denials for review by a judge have an extremely low probability of success.

Reconsideration is asking the district attorney to review additional information and reconsider the prior denial of ARD.  Defense attorneys often mitigation packages, meaning letters of recommendation or reference, resume, school transcripts, academic or life achievements and awards, and evidence of involvement in the community, to the prosecutor as part of the reconsideration request.  The purpose is to show the prosecutor that the client is a good person, that the criminal conduct is outside of the client’s normal character, and that the client and soceity can benefit from the rehabilitative aspects of ARD.   The package shows that the client is deserving of a break.

ARD reconsideration requests can be used successfully to obtain ARD in some cases.  An experienced criminal defense attorney is often familiar with the district attorney that considers ARD and thereby knows which things to emphasize in the ARD reconsideration package.  The attorney can also provide guidelines for letters of recommendation.  By knowing the prosecutor’s preferences, an experienced lawyer has a higher chance of obtaining ARD reconsideration and ARD approval.  With that being said, there are some cases in which the prosecutor will not approve ARD.  In such a situation, the person can either negotiate a plea resolution with the prosecutor or proceed to trial.