How can I be charged with drug delivery if the police did not test the drugs?

What if the Police do not have the drugs?

Most drug delivery charges are based upon “controlled buys,” which are purchases of drugs by a Confidential Informant (CI) from a target that are done under the supervision or control of the police.  The police give the CI buy money, the CI gives the buy money to the target in exchange for drugs, the drugs are then given to the police, the police send the drugs to a lab for forensic testing, and the lab then issues a report advising whether or not the substance was in a fact a drug.  At trial, the prosecutor would use the lab results to prove that the substance was a drug.  While 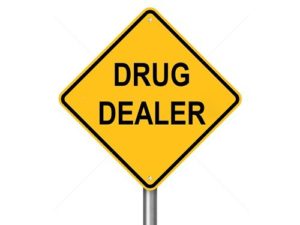 No Drug, No Problem

This precise issue was addressed by the Pennsylvania Courts a long time ago, way back in 1955 in the case of Commonwealth v. Aikens 118 A.2d 205 (Pa. Super. 1955).  In that case, the cooperating witness testified that she was a habitual user of heroin, so she was very familiar with the effect that heroin had, and she testified that the substance that was sold to her by the defendant produced such an effect.  In Aikens, the Court stated that chemical analysis was not needed and that the testimony of the cooperating witness was sufficient to prove the defendant’s guilt beyond a reasonable doubt.

While the police are permitted to file charges in this type of situation, cases that are based solely on the testimony of a questionable witness tend to be weak for the prosecution.  Ultimately, a jury may decide whether or not to believe a habitual drug user.  If the jury does not believe that witness, then the jury finds the person not guilty, but, if the jury believes the person, then the jury renders a guilty verdict.

In such a scenario, you need the services of a skilled attorney that has experience in drug delivery or distribution cases.  Attorneys at JD Law have been providing criminal defense representation to people in Centre County and surrounding areas since 2004 and have experience through all phases of a criminal case, from pre-charge, pretrial, trial, appeal, and post-conviction proceedings.  Contact us today via email or at (814) 954-7622 for a free consultation.