Do the Police Need Probable Cause to Conduct a Traffic Stop?

The police need to have some level of suspicion that a driver broke the law in order to conduct a traffic stop, but it is not always clear whether they need probable cause or the lesser standard of reasonable suspicion.  In the case of Commonwealth v. Chase , the Pennsylvnaia Supreme Court stated that a traffic stop can be based upon reasonable suspicion if there is somethign to investigate, meaning the officer believes that the stop will provide additional information concerning the suspected criminal activity. If the stop does not have an investigative purpose, then the officer must have probable cause. 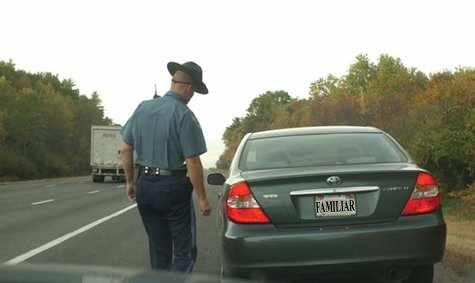 Why Does It Matter?

If the officer did not have the required level of suspicion to initiate the traffic stop, then the traffic stop is illegal in that it violates a person’s constitutional right against search and seizures. For example, a State College police officer lacked sufficient probable cause to conduct a traffic stop, and all evidence in the Centre County DUI case was suppressed.  Evidence obtained from an illegal traffic stop is suppressed by a judge during the pretrial phase of a case after the defense attorney files a motion to suppress evidence. Any person charged with driving under the influence should contact an experienced DUI lawyer for a consultation and case review to see if challenges to the case can be raised.

For a free case evaluation with an experienced State College DUI attorney, contact the office of JD Law via email or (814) 689-9139.