How can I be charged with DUI when I was riding a bike and not driving a vehicle?

Some Penn State students and State College residents believe that they are doing the right thing by riding their bike home instead of getting behind the wheel of a vehicle after a night of drinking alcohol. The Pennsylvania Vehicle Code, which includes the DUI law, prohibits a person from violating the traffic laws while driving or operating a “vehicle.” The term “vehicle” is defined in the Vehicle Code as a device upon which any person may be transported, which would include a bike. Penn State students often use bikes, skateboards and other alternative transportation methods 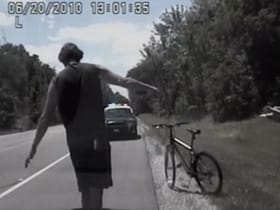 to travel to and from classes, and those devices would generally fall under the broad definition of “vehicle” as they are devices upon which a person may be transported. It can be argued that a Segway would be considered a “vehicle” and thereby subject to the Pennsylvania Vehicle Code.

Because the alternative transportation devices used by people are likely to be considered vehicles, it is very important that people follow any and all traffic laws. As a DUI defense lawyer near Penn State, Attorney Jason Dunkle has represented numerous people charged with Pennsylvania DUI charges for riding a bike. As evidence that all traffic laws apply to riding a “vehicle,” a person was charged with Homicide by Vehicle for a bike accident. In the case, a biker road through a red light and struck an elderly person in the crosswalk, and the elderly person died as a result of the accident. Most people would not think that riding a bike through a red light could result in a death and felony homicide charge, but this example clearly evidences why anyone operating a “vehicle” in Pennsylvania must follow traffic laws.