What sentence am I facing for a Pennsylvania DUI?

A person convicted of Driving Under the Influence in Pennsylvania faces relatively severe mandatory minimum penalties that often include fines, jail time, license suspension, treatment programs, and installation of the ignition interlock systems.  People mistakenly believe that a judge has the power to ignore mandatory sentences.  They expect that they can appear before the judge, plead for leniency, explain that a lengthy license suspension or jail time will result in a loss of a job and an inability to pay bills and support a family.  Regrettably, while those things are true and can often happen, the judge cannot ignore the mandatory minimum sentences.  Judge are required to impose the required sentences even in situations in which the judge disagrees with them.

Anyone charged with a DUI offense should have the matter reviewed by an experienced Pennsylvania DUI attorney to see if the charges can be challenged in court or to negotiate with the prosecutor to possibly reduce the severity of the charge to reduce the severity of the punishment.  Can the impact of the sentence also be reduced through things like in-home detention or Ignition Interlock Limited Licenses. Contact a lawyer at the State College criminal defense firm of JD Law for a free consultation.

Three Tiers or Levels of Penalties

Sentences for convictions of DUI in Pennsylvania are separated into three tiers of penalties.  Penalties are primarily based upon a person’s blood alcohol level.  Drug-DUIs are placed in the third, or highest tier of penalties.  Mandatory minimum sentences are also impacted by the number of “prior offenses” of DUI the person has had within the past 10 years of the date of the current DUI offense. 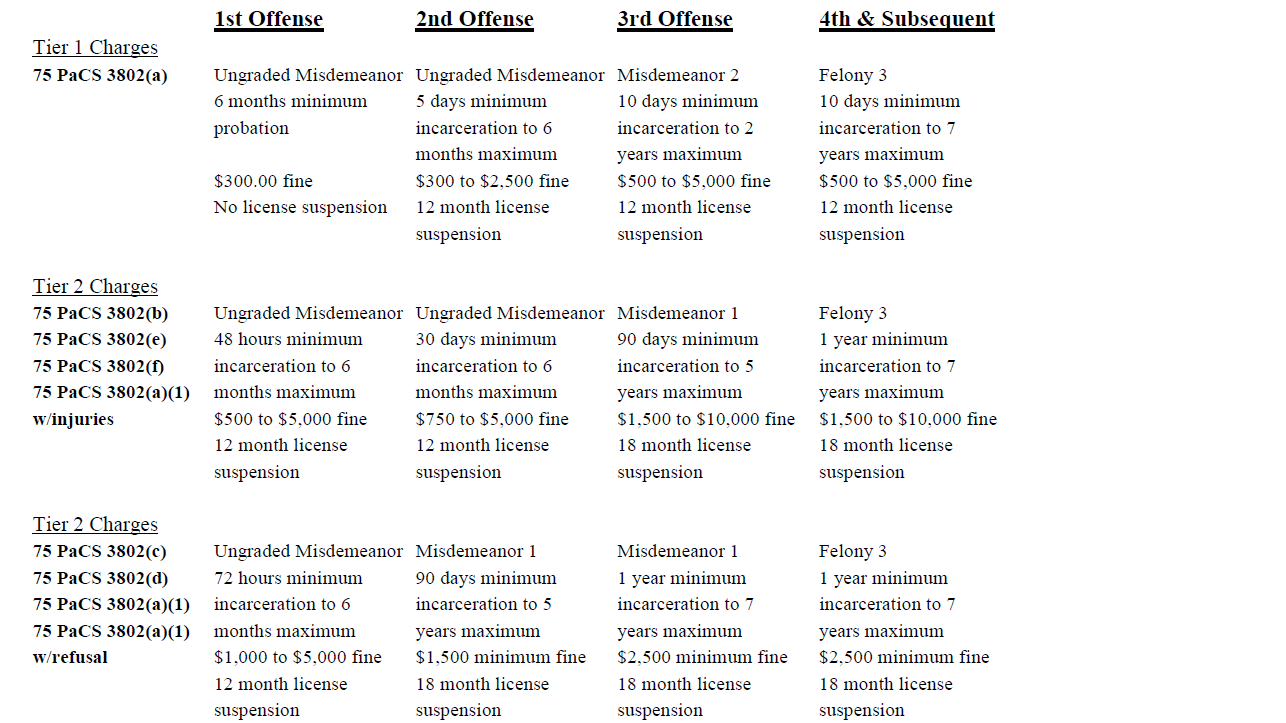