How do I seal a criminal record in Pennsylvania? 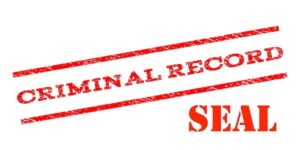 If a person is eligible to seal a record, in order to get the process started and “get into court”, a petition requesting the Order for Limited Access must be drafted in accordance with the Rules of Criminal Procedure and then filed with the Clerk of Courts.  The paperwork must be filed in county in which the conviction occurred.  While filing the paperwork in the person’s home county would be more convenient, the law requires that the petition be filed in the county in which the case was prosecuted.  The Clerk of Courts charges a filing fee that is often between $100.00 and $200.00.

Many people believe that they are entitled to seal a record and not just eligible to request it.  An entitlement means that a person automatically gets what they want.  That is not how a limited access works.  Eligibility means that a person can request that a record is sealed, but the decision is ultimately made by the judge.  Being eligible and filing the petition is only step one in the process.

The filed paperwork is reviewed by the district attorney, and the district attorney may or may not oppose the request.  In some counties, if the prosecutor does not the request, then judges may grant the sealing of the record without having a hearing, so the person would not need to appear in court.  However, in some counties, the court schedules a hearing to determine whether or not the request for limited access should be granted.  At the hearing, a person must present evidence in support of the sealing request.  The judge is will consider factors that are also considered in expungement cases, commonly referred to as Wexler factors from a Pennsylvania Supreme Court case.

Experienced defense lawyers are very familiar with the Wexler factors and know how to prepare for these hearings.  A person is permitted to represent him or herself in court, but the probability of success substantially increases if the person hires a good lawyer.  Abraham Lincoln may have said it best – “he who represents himself has a fool for a client.”  For a list of factors that you should consider when hiring a lawyer, check out this link.