Can I expunge my driving record in Pennsylvania?

NO. Pennsylvania does not allow a person to remove convictions or notations of suspensions from a Pennsylvania driving record.  Expungements are not given based upon need or want, meaning a judge is not permitted to grant an expungement just because a person’s need to have records destroyed in order to get a job or for some other reason.  In order to obtain an expungement, the person must first be legally eligible.  Pennsylvania law only permits expungements of certain records and in certain situtations.  If a person is not eligible to have a matter expunged, the judge is not permitted to grant an expungement.  It is only if a person is legally eligible that a person can go through the expungement process and have a chance to present the need argument to the judge.  Because the law does not allow for Pennsylvania driving records to be expunged, hiring an attorney and filing an expungement petition is a waste of time and money. 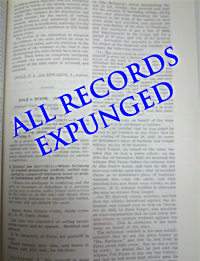 There are two very limited exceptions to the expungement of a driving record.  A person that had a suspension for Underage Drinking under 18 Pa.C.S.A. 6308 if the offender has turned 21 and has “successfully served the sentence.” The second exception is that a person that was charged with a DUI, accepted ARD, and received a license suspension automatically has the suspension notation removed by PennDOT after 10 years as long as the person did not have a Commercial Driver’s License (CDL) at the time of the offense and the person did not have his or her operating privileges revoked during the 10-year period of time for being a “habitual offender.”  That expungement mandate is found at 75 Pa.C.S. 15434.