Can I expunge a felony or misdemeanor conviction from my record?

Criminal records can often prohibit a person from obtaining a good job and thereby supporting a family.  Criminal records can also place limitations on a person’s constitutional rights, such as prohibiting a person from possessing a firearm.  Regrettably, under current Pennsylvania law, a person with a felon conviction cannot expunge or even seal the record.  Expungements of misdemeanor convictions are only permitted in very limited circumstances.  The Pennsylvania expungement law only allows for a misdemeanor conviction to be expunged if the person is over 70 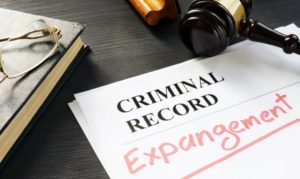 Pardons and Sealing of Criminal Records in Pennsylvania

While a person with a felony or misdmemeanor conviction cannot obtain an expungement in Pennsylvania, there may be other options available to fix the problem or at least minimize it it.  With regard to a felony conviction, the only option is to obtain a pardon.  A pardon sets aside the conviction, basically turning the conviction into a dismissal.  The pardon would NOT result in the destruction of records, but the pardon would allow the person to then seek an expungement to have records of the incident destroyed.  A pardon would also generally result in the restoration of rights that were lost as a result of the conviction, such as the right to possess a firearm.  The problem with the pardon is that it is a long process, often taking 3 years to file the required paperwork, attend a hearing, and receive a decision.  Going through such a long process may be worth it for some people.

When it comes to misdemeanors, a person with a misdemeanor conviction may be able to seal that misdemeanor record from public view by obtaining an Order for Limited Access.  By sealing the record, the convictions should not appear on background searches that are completed by employers and landlords.  The records would still be accessible to law enforcement and prosecutors, so if the person got into trouble again, the prior convictions could still be considered when the new charges are being resolved.