How does the expungement process work in Pennsylvania?

Am I Eligible to Seek Expungement? 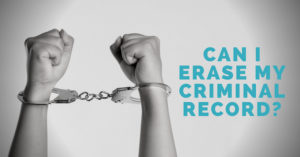 Step one in the expungement process is to determine whether or not the law allows a person to expunge a record.  If the person was not convicted but was only charged, the person is eligible to seek an expungement.  However, a misdemeanor or felony conviction can rarely be expunged.  There are two exceptions, but they are relatively ridiculous and help almost no one.  A person can seek an expungement of a misdmeeanor or felony conviction if: 1) they have been dead for 3 years; OR 2) they are over 70 and have stayed out of trouble for the past 10 years.  Most 70-year olds and dead people are not applying for jobs, so the expungement law is not helpful.

To start the expungement process, an expungement petition must be prepared and filed with the Clerk of Courts in the county in which the case was filed.  The Rules of Criminal Procedure detail the information that msut be included in the petition.  The Rules apply to everyone, both lawyers and non-lawyers.  Failure to include the required information may result in a denial of expungement.

Eligibility and not Entitlement to Pennsylvania Expungement

An expungement request can be denied by a judge even if the person is legally eligible.  Legal eligiblity does not entitle a person to an expungement.  When you were little, you were legally eligible to get ice cream from your parents, but they still could say no.  Your parents gauged whether or not you were deserving of ice cream.  Judges do the same thing, meaning they may have an evidentiary hearing and listen to reasons why they should or should not grant an expungement.  The judge considers things like strength of the Commonwealth’s case against you; the reasons the Commonwealth gives for opposing the expungement; your age, criminal record, and employment history; the length of time that has elapsed since the incident; and how the record is harming or preventing you from moving forward.  A judge then determines whether or not to grant the expungement.