How can I be charged with Underage Drinking when I was not given a breath or blood test?

Many people assume that the police must have direct evidence of alcohol consumption, such as a blood or breath test, in order to file an Underage Drinking citation. While direct evidence of guilt is preferred by the police, a judge can find a person guilty of an offense based solely upon circumstantial evidence. The vast majority of Centre County Underage

Drinking cases are based upon circumstantial evidence of intoxication, such as the odor of alcohol on a person’s breath or body, bloodshot or glassy eyes, slurred speech, difficulty standing, swaying, and torn clothing. The basic premise is that if the person acts and smells like they are intoxicated or drunk, then that is sufficient evidence to prove that the person has consumed alcohol. Therefore, an officer does not need to administer a breath or blood test in order to support a charge of Underage Drinking.

Not only are breath tests not needed in order for police to obtain a conviction for Underage Drinking, the Pennsylvania Superior Court has stated that breath test results are not admissible in non-traffic summary cases such as Underage 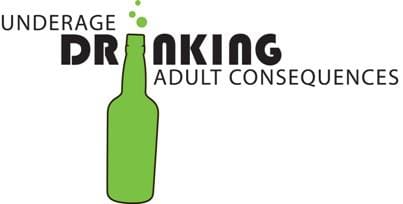 Drinking and Public Drunkenness. The fact that evidence is not admissible does NOT mean that a judge automatically rejects such evidence from being presented by an officer or other witnesses at trial. Instead, in order to for such evidence to excluded from consideration by the judge, a timely objection must be raised. Therefore, an officer can testify about breath test or PBT results in a summary trial unless an objection is made. Too many people represent themselves or hire an inexperienced criminal defense attorney that does not know the law well enough to raise the appropriate objections. Due to the severe penalties for Underage Drinking in Pennsylvania, it is important to hire an experienced defense lawyer with a history of obtaining favorable resolutions for clients.