Second DUI in Same Night Dismissed Based Upon Illegal Detention

This started as a routine DUI case in Mifflin County.  The police observed a traffic violation, conducted a traffic stop, and while interacting with Client, the police suspected that Client was under the influence of alcohol.  Client was arrested, transported to the hospital, and blood was withdrawn.  The police chose not to file DUI charges until after blood alcohol test results were received.  Client was taken to his residence, and Client was warned that he needed to stay home and not attempt to retrieve his vehicle.  Client told the officer that the vehicle was needed in order to drive to work the next day.  Fearing that Client would not listen and remain at the residence, the officer contacted a second police officer and requested that the officer conduct surveillance on Client’s vehicle that was parked in a store parking lot a few miles away.  The second police officer watched an unknown individual enter the vehicle and drive away.  The officer followed the vehicle as it was driven the few miles to Client’s residence.  After the vehicle parked at Client’s residence, the officer activated his overhead lights to detain the driver and investigate.  The second officer identified the driver as Client, so the same person that had been arrested earlier for a DUI.  Client was arrested again, transported to the hospital again, and blood was drawn again.  A blood test results were received from both arrests, Client was charged with two separate cases of Driving Under the Influence in Mifflin County. 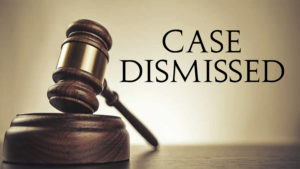