It is a Summary Offense, But it Still Shows in Background Checks

A charge of Public Drunkenness in Pennsylvania is a non-traffic summary offense punishable by up to 90 days in jail.  A first offense is punishable by a fine of up to $500, but second and 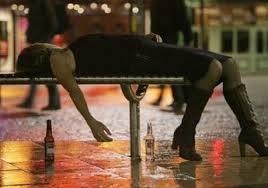 subsequent offenses can receive a fine of up to $1,000.  Overall, a conviction of a summary offense is not the end of the world.  Summary offenses are the least severe criminal offenses in Pennsylvania and normally carry a fine and NOT jail time as a punishment, but summary convictions can appear on criminal background searches and thereby be considered by employers.  If a person is seeking employment in the medical field, such as a doctor or nurse, then having any record for drugs or alcohol convictions is more severe.  While having a summary conviction on a criminal record is not the end of the world, it is also common sense that having NO record is better than having any record, even a minor one.  If a person is convicted of a summary offense like Public Drunkenness, the conviction can not be expunged for five years following the conviction.  If the person is able to avoid the conviction and instead get the charge dismissed, a dismissed charge can be expunged immediately upon dismissal.

Proving a Charge of Public Drunkenness

First, it is not crime in Pennsylvania to be drunk public.  Public Drunkenness under 18 Pa.C.S.A. § 5505 makes it a crime for a person to be in any “public place manifestly under the influence of alcohol or a controlled substance … to the degree that he may endanger himself or other persons or property, or annoy persons in his vicinity.”  To summarize, a charge of Public Drunkenness requires proof that a person was: 1) in public; 2) manifestly under the influence of drugs or alcohol; AND 3) a danger to himself or annoyed other people.

Whether the incident occurred in “public” or not is often not in dispute, but there are situations in the issue does arise.  A Pennsylvania Court previously ruled that a VFW bar was NOT “public” because it was only accessible to members and not the public at large.  That case gives a defense to some Penn State students that being drunk in a dormitory or apartment building that limits access may not be “public.”  With regard to the “intoxication” requirement, the police do not need to utilize a breath, blood, or field sobriety tests.  Instead of requiring scientific testing evidence, a charge of Public Drunkenness can be proven with circumstantial evidence, meaning an officer will often testify that a suspect had bloodshot eyes, odor of alcohol on breath, difficulty standing, swaying, slurred speech, was passed out, and had vomit or urine on their clothing.  The final requirement is that the suspect must have posed a danger to himself or annoyed others.  Many drunk people annoy others.  More than normal annoyance would be required.  With regard to being a danger to oneself, cases often include evidence that the suspect passed out on a bus or in a taxi, the person was stumbling on the sidewalk and almost stumbled into the roadway, and the person was transported to the hospital for an alcohol overdose.

If you or a loved one have charged with Public Drunkenness, you should talk to a criminal defense attorney who has experience in handling such cases.  An experienced lawyer will review the facts and circumstances of an incident, determine whether defenses can be raised to seek a dismissal or not guilty verdict, or whether the best strategic plan is to negotiate a resolution with the officer.  In some situations, resolutions case be obtained that allow for the dismissal of the charge, and a dismissed charge can be expunged immediately upon dismissal.

Attorney Jason S. Dunkle has been a criminal defense attorney in State College since 2004 and has represented thousands of people charged with criminal offenses in Centre County, including charges of Public Drunkenness.  Attorney Dunkle has represented many Penn State students and has experience in handling such matter through the criminal justice system and the university’s disciplinary system.  The fact that the incident occurred off campus does not  prohibit the Office of Student Conduct from reviewing the matter and imposing a sanction.